Around the world, December 3 is World Day against Agro-Toxics. On this day in 1984, at the peak of the Green Revolution in India, a spill of agro-toxics from American-owned factory Union Carbide killed over 15,000 people and poisoned an additional 300,000 people in the city of Bhopal.

There is a profound crisis in the World Food System. Large numbers of the world population is undernourished (11%) or obese (8%): a combined one and half billion people affected by nutritional illness.

Corporations control 78% of the world agricultural production with only seven crops: sugar cane, corn, rice, wheat, potato, soy, and palm while a large number of other products is ignored by consumers and the global markets,

The basis of the corporate model, seed domination, and the production of agro-toxics, make Bhopal a contemporary topic.
Union Carbide, responsible of the tragedy and who has not cleaned the contaminated area, was bought by Dow Chemical, a company recently merged with DuPont. If Monsanto and Bayer merge, and Syngenta and ChemChina do as well, as announced this year, they will dominate the seed and agro-toxic markets.

Workers at the pesticide factory, applicators, rural communities, and farmworkers suffer the most from exposure. Humanity as a whole suffers the dispossession of its seeds and its farming knowledge. The world population suffers the imposition of contaminated foods and limited variation with diminished nutritional value. Nations are unable to achieve food sovereignty.

We promote the use of agroecology as an alternative model against the conventional chemical-based food production. We denounce Brazil’s new administration’s policies eliminating funds for agroecology and promoting a damaging national Pesticide Law. Genetically modified crops are rapidly approved by the National Technical Commission on Biosecurity. We reject any attempt of president-elect Donald Trump in the United States to eliminate or defund the Environmental Protection Agency or modify in any way the recently modified Worker Protection Standards.

Resistance has been our strategy. Agroecology our flag. We call for a global policy reducing the production of agro-toxics; in particular we support the urgent implementation of the National Plan for the Reduction of Agro-toxics (PNaRA) in Brazil. We see as a priority an agricultural reform that provides farmworkers access to land and resources in Brazil; and stop subsidies for corporations in the United States as a way to promote a global agenda for agroecology.

This December 3 2016, many communities around the world will be in the streets demanding human rights for clean and healthy food, including in Brazil, where we demand:

Permanent Campaign against Agro-Toxics and for Life 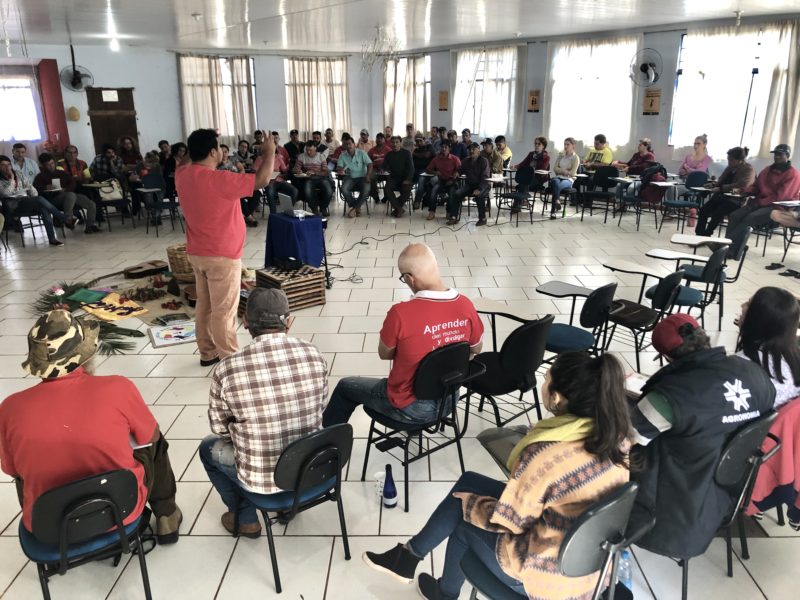